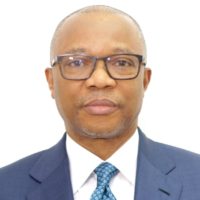 Fola Adeola is the Chairman of FATE Foundation, a non-governmental organization which is dedicated to encouraging the creation of wealth through entrepreneurship, using an innovative mix of training, mentoring, loan support and consulting to support young Nigerians.  To date it has serviced over 5000 young Nigerian entrepreneurs. He founded the organization in 2000, following a one-year sabbatical at the National Institute for Policy and Strategic Studies in Kuru, Jos, Nigeria, where he carried out research on economic development and job creation policies. He is also the Chairman of Main One Cable Company Limited, owner-managers of the first open access submarine cable in West Africa. He is a member of the Board of Trustees of the International Crises Group.Prior to these, Fola was the founder and first Managing Director of Guaranty Trust Bank Plc. He ran the bank from inception in 1990 to July 2002, during which period he firmly established the institution as a strong and credible bank.  Guaranty Trust Bank has grown to become one of Nigeria’s largest and most profitable companies.  The bank has also expanded beyond Nigeria to other neighboring African countries in The Gambia, Sierra Leone and Ghana. The bank became listed on the Nigerian Stock Exchange in 1996.

In the public sector, Fola had served as the first Chairman of the National Pension Commission in Nigeria, which was established, following the promulgation into law, of the Pension Reform Bill, principally authored by him. Fola Adeola has served, and is still serving, at national and international levels, on various committees and corporate boards. He also served as member of the National Honours Committee, member of the Solid Mineral Committee (both federally constituted), member of council, Institute of Chartered Accountants of Nigeria, and member of the Global Advisory Committee on Philantropy of the World Economic Forum. He had served as a Commissioner on the Commission for Africa, prelude to the 2005 G8 meeting in Gleneagles, UK.

Fola was nationally decorated as Officer of the Order of the Federal Republic (OFR) by the Nigerian president in 2002.

Fola obtained a Diploma in Accounting from Yaba College of Technology in 1975 and became a Chartered Accountant in 1980 following his training with Deloitte, Haskins and Sells and D.O. Dafinone& Company (both Chartered Accountants).  He has received professional development training at notable institutions worldwide including, Harvard Business School, INSEAD, and the International Institute for Management Development.He is married with six children.